…the mere sight of them holding hands while singing, or looking deeply in each other’s eyes as they deliver the most romantic lines ever written, was enough to make you swoon and gush for days. You probably allocated a portion of your weekly allowance just to watch their movies on the big screen. Heck, you might have even trolled them in their guest appearances in TV shows or mall tours to promote their movies, screaming with delight along with other obsessive fans. You were certain that their amorous treatment of each other onscreen went beyond the reel (some of them might have been) and you get so affected when the purported romance falls apart and they are soon paired up with other actors/actresses. Yes, they made you believe in love, the kind that you were more than happy to project into your own.

Relive the memories of the past and present love teams that have catapulted you to the heights of romance, even if vicariously. 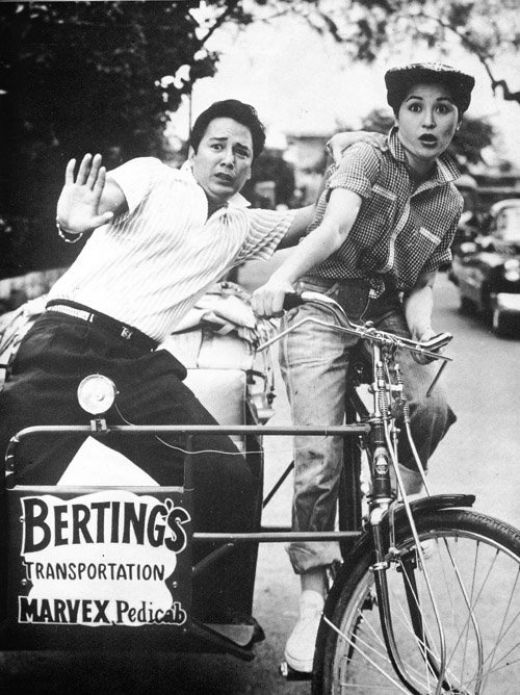 Guy and Pip is the moniker for actors Nora  Aunor (Guy) and Tirso Cruz III (Pip) who became one of the most beloved Pinoy love teams of all time beginning from their first appearance together in the last 60’s until the 70’s.  Their unusual pairing, a regular morena (Nora) and a mestizo (Tirso), made their on again-off again romance (they became romantic partners offscreen as well) such a hit with their adoring fans. Vilma and Bobot rose to love team stardom around the same time as Guy and Pip and ended up starring in over 10 movies in the 70s. They became real-life sweethearts and their screen tandem extended up to several more years. Although, their onscreen and offscreen romance did not have a happily-ever-after ending. They first shot to love team stardom in the movie Dear Heart, their first pair-up back in 1981. They ruled the Philippine cinema as the teenybopper love team well into the 80’s. The pair got married and and eventually separated after having a daughter together, breaking the hearts of their followers in the process. Otherwise known as Taray (Maricel) and Pabling (William), this wacky couple became a household love team in their 80s, starring in a lot of romantic comedy and fantasy films together.

ShopBack, the most rewarding way to shop online, has declared its hit 9.9 Online Sale far from over with top deals and bigger Cashback offers especially for online shoppers with top merchants starting today until the 30th of September. HURRY, sign up for ShopBack today!

One of the hottest love teams during the 1980’s and 90’s, Sheryl and Romnick’s onscreen tandem in the Wednesday Group of That’s Entertainment became an off-screen relationship. Though the love affair eventually soured, the duo made several hit movies together and ended up marrying different partners shortly thereafter. First noticed in the 1997 TV series Esperanza, this on-screen couple had everyone guessing as to the real score in their relationship. Though it didn’t seem like there was anything between them in real life, their acting chops made every one of their movie pairing a box office success. Claudine and Rico were the stars of one of ABS-CBN’s most successful soap operas of all-time, Mula Sa Puso, from 1997 to 1999.Their onscreen romance soon became an offscreen relationship which ended with Rico’s tragic demise in 2002.

Their love team started in one of the Philippines’ most watched-soap opera in recent television history, Pangako Sa ‘Yo, which aired from 2000-2002. Incidentally, Pangako Sa ‘Yo, is also the Philippines’ most successfully distributed canned TV series worldwide. Tin and Echo became real life sweethearts and won the Guillermo Mendoza Memorial Scholarship Foundation Award as The Most Popular Love Team for two consecutive years. Hailed as one of the country’s most talked-about (also, most successful) love teams today, thanks to their enviable chemistry onscreen, Bea and John Lloyd have starred in box office hit films and award-winning teleseryes. They are probably best remembered in the phenomenal hit film One More Chance as Basha and Popoy.