> Lifestyle > 5 Reasons Why Paskong Pinoy Is The Best

5 Reasons Why Paskong Pinoy Is The Best

Trivia: Which country celebrates Christmas season the longest? 100 points if you answered Philippines! Yes, there is nothing quite like our Paskong Pinoy. And thanks to the power of social media, this little secret has now been revealed to the world: Pinoys are obsessed with Christmas – and for plenty good reasons.

The last four months of the year ending with the syllable –ber are considered Christmas months. Starting first of September, malls, shops, public vehicles, and households will start blasting Christmas carols on speakers; Christmas trees are set up and decked out with decors and lights; and, some Pinoys are already going gaga shopping for gifts for their “Monito, Monita” and loved ones. Shopping frenzy will run for months, fuelled by the almost-weekly midnight sale by local retail giants. And, the holiday season extends beyond December 31st. In fact, it doesn’t end until the Feast of the Epiphany or Three Kings (Tatlong Hari) which falls on what they call the 12th day of Christmas on January 6.

You might be thinking, so what if we celebrate Christmas for four months? Surely that doesn’t really make much of a case for the best in the world, right? Oh, but perhaps these uniquely Paskong Pinoy things will… 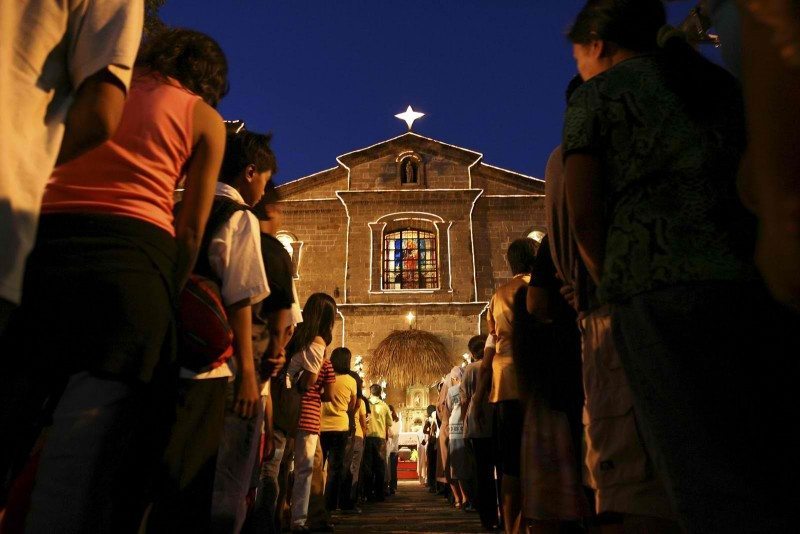 1. Simbang Gabi or Misa de Gallo Predominantly Catholic, Filipinos methodically begin a novena (a series of nine religious masses) on December 16th. This forms part of the cherished age-old religious tradition of Simbang Gabi, which literally means “Night Worship.” Filipino families and friends flock to the church at 04:00am and after the service, will proceed to have breakfast together. A traditional drink during this season is a warm ginger tea called ‘salabat’ and a traditional treat is a flat but thick yellow rice cake called ‘bibingka’. 2. Regalo, aguinaldo or pamasko. In English, ‘regalo’ means gift or present and a Christmas gift is called “pamasko”. In the Philippines, we have Monito Monita or Secret Santa. School kids and office workers alike will draw lots to pick their ‘Secret Santa’ (Monito if a boy, Monita if a girl) for whom they will buy a gift. The big reveal or ‘exchange gift’ is usually on the day of the school or office Christmas Party.

Top deals for Philippines!
Lazada September Budget Deals: Everything under P999
Ebay US$10 off Home & Garden and Fashion purchases of US$50 or more. Use code: CLABORDAY10. Ends 5 Sep, 3pm + Upsized Cashback 2% (was 1%) 3. Christmas Carol(ing). Christmas in the Philippines is celebrated with a nonstop medley of songs and hymns. And it is a common practice for groups of people (kids and adults alike) to band together and go from house to house belting out Christmas songs accompanied by instruments such as tambourines, guitar, etc. This practice is called ‘pangangaroling’ and the money that they collect is often donated to charitable institutions or used for Christmas parties. 4. Parol. A very common sight in the country during Christmas season, the parol (also known as the Philippine Lantern) is a unique decoration shaped like a five-pointed star, traditionally made from materials such as bamboo sticks, colourful papers and glitters for some. The star lantern symbolises the star that the Three Kings followed to bring them to the town of Bethlehem on the night of baby Jesus’ birth in the manger. Some would put a light bulb inside the parol to bring out the nice colours especially at night. Today, the traditional parol has been innovated and now comes in various shapes, shades and sizes – but always with the five-pointed star at the center. 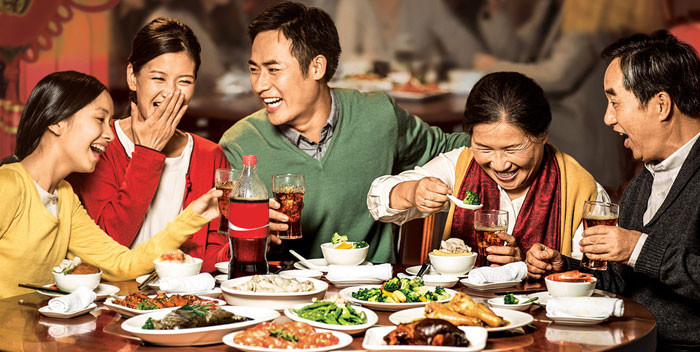 5. Noche Buena. Considered one of the highlights of Paskong Pinoy, noche buena is a grand family dinner served at 12 midnight of the 25th or right after the midnight mass. As this usually a big celebration, the cooking and preparation happens the whole day of the 24th, with families cooking and serving as many dishes as they can. In the Philippines, rich or poor, families will always make it a point to have something on the table for members to partake – and even find it in their hearts to share with neighbours.

But perhaps, the star that shines the brightest during this season is the incredible Filipino spirit. Natural disasters may come and go and the economy and traffic situation may not get any better than its current state, but the optimism, resilience and zest for life running through the veins of every Filipino will always find a way to celebrate and be thankful just being with their families and friends on Christmas day.